There is widespread recognition that if data is unrepresentative then any inferences derived from that data are biased – a problem that potentiallly affects all clinical research and is particularly salient for research using electronic health records.

To start with a simple example: assume we extract data from a clinical database that has accumulated over time from people receiving routine clinical care at a hospital – this is the approach chronosig uses – and we have available to us 10,000 people’s diagnoses and demographic data.

Imagine we are interested in the age distribution of people with a certain diagnosis X. We interrogate our data with the question:

finding that there are only a handful of people, say 10. To examine this result further, we then ask:

discovering that only 100 people are identified as being aged between 12 to 21 years, or 0.01%. This seems suspicious; we know that young people make up much more than 0.01% of the population generally, so we ask why there are so few young people in our data. We discover that, in the hospital we obtained the data from, the clinical records of young people below the age of 19 years are handled differently and in fact, were not included at all in the sample of data available to us.

What we have actually shown is that in people aged between 19 and 21 who are included in our database, there were 10 diagnoses of X.

This is an example of where system processes (i.e. young people’s data being stored separately) results in grossly incorrect (biased) inferences.

In chronosig, we have committed to being transparent about the data we use and the potential for bias being introduced as a result of factors such as under-representation and systemic processes that impinge on the available data. We are aware that while auditing our data is necessary, it is not sufficient and represents only a starting point.

We choose to start this process by exploring how people from the LGBTQ+ community are represented in the data available to the project – this is because research has shown that this community have mental health needs that differ from other groups and where the organisation of NHS services might not be compatible with the needs of the community (Johnson et al, 2007).

We interrogated the demographic data from one large regional secondary mental health care provider (NHS Trust) participating in the chronosig project and attempted to compare the representation of different sexual orientations and gender identities to that of the same region’s Office for National Statistics (ONS) census data.

If we look at ONS data for gender identity, at the time of writing, we find that there is research on data gathering and harmonisation (that is, how to make disparate sources of data on gender identity compatible with one another), but no usable quantitative data available by region (e.g. counties in England).

ONS data is available for sexual orientation (from 2019) so we are able to inspect proportions in the region’s population and compare against those from the same area’s secondary mental healthcare NHS Trust.

First, we examine the available NHS data for recording of gender identity and find that:

The breakdown is as follows:

Note that these are the available gender identities defined in the NHS dataset and reflect the issues identified by the ONS with harmonisation and the wider issues around how to best record gender identity (see for example, Ruberg and Ruelos, 2020 and the guidelines developed by Scheuerman et al, 2020)

We note that the percentage who declined to answer (0.00165%) represents approximately 400 people for the NHS Trust we examined.

In the NHS data, overall we found that:

which suggests a substantial influence of systemic factors in data recording (more on this later).

The breakdown is as follows:

As for gender identity, we have used the categories and groupings available in the data. Perhaps what is most striking is that approximately 11% declined to provide (or did not know) their sexual orientation in the NHS sample, compared to just under 3% in the census data. We should, however, intepret these proportions carefully, recalling that in the NHS data only a small number of people (2.5%) had sexual orientation data recorded.

We see that people from the LGBTQ+ community may be differentially represented in NHS data as compared to census data. For gender identity – with nearly 100% complete data – we can’t be sure that these data are representative of the population of patients in the NHS Trust because the categories available for coding the data (Male, Female, Indeterminate and Non-binary) are mutually exclusive and arguably, lack the granularity needed to capture this information meaningfully – see e.g. Ruberg and Ruelos (2020). So we might find that when asked, people felt compelled to align their actual gender identity with the four categories available, select “Not Known” or they may have decided to decline giving an answer. The most appropriate way of structuring and recording e.g. gender identity and natal sex is debated in the medical literature. For example, Bewley et al (2021) argue for disaggregating and capturing a person’s sex (i.e. that assigned to them at birth) separately from gender because they propose both data have significant implications for understanding an individual’s health, such as providing disease screening and interpeting blood tests. Advancing on this, Grasso et al (2021) demonstrate how gender-affirming data collection could be implemented (for electronic health records) by collecting anatomical inventories for each individual (which may change over time) at the same time as including sex assigned at birth and the person’s gender.

For sexual orientation – where only 2.5% of the NHS Trust patients have completed data – there is almost certainly systematic reasons why this data is so infrequently recorded.

The diagram above shows putative reasons why the representation of LGBTQ+ people in the census may differ from the NHS Trust data we examined. We note that these are speculative – we don’t have data to support e.g. that most people from the LGBTQ+ community are in fact treated in primary care, that they are obtaining support from within self-organised community services or that LGBTQ+ people are not help seeking. In the diagram above, we indicate three related mechanisms within secondary care that may explain missingness in the NHS Trust data:

On the first and second points, whether healthcare providers should routinely ask people about their sexual orientation and gender identity remains a contentious issue – for example, Ma and Dixon (2018) highlight a range of issues including that staff are generally poorly trained to navigate discussions around sexual orientation and the risks of an untargeted “ask everyone” approach.

As an example of the third point, Durso and Meyer (2013) conducted a 1 year study of 396 lesbian, gay and bisexual people in New York City to understand what factors modify disclosure of sexual orientation to healthcare providers. Their findings were that people who identify as bisexual were less likely than gay or lesbian people to disclose their orientation to healthcare providers, with age, education, immigration status and degree of community connectednes being additional explanatory factors.

We can see that there are biases in the NHS data examined and we can speculate on what might be driving these. Here’s what we are proposing to advance on what we’ve found: 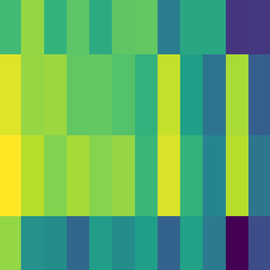 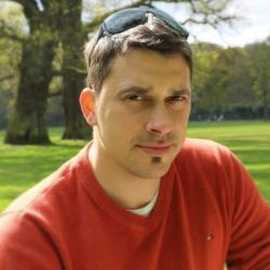 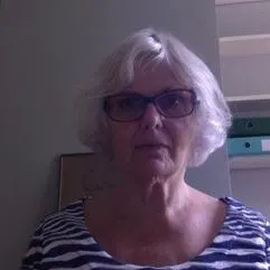 I work within the Department of Psychiatry and the Oxford Health Biomedical Research Centre to promote patient and public involvement and engagement (PPI/E) in research.